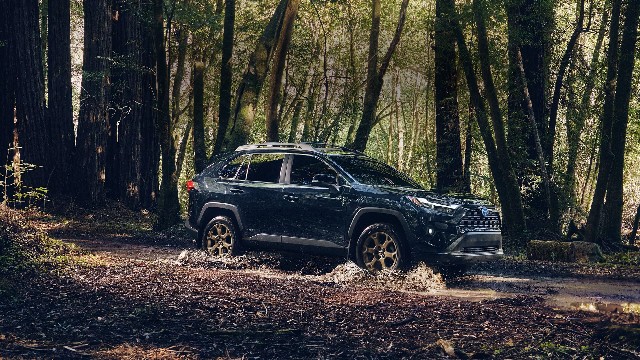 The upcoming 2024 Toyota RAV4 is getting minor upgrades only. The reason is that the 2024MY will be the last model in the current generation. This means the 2025MY will be the next-gen model, per reports. Fortunately, RAV4 is a very upright crossover with so much to offer. This model looks very sharp and modern, and the interior is full of high-tech features.

The performance is great, no matter which engine you opt for. However, the RAV4 Prime is the most potent model that also provides around 40 miles of all-electric range. On the other hand, the RAV4 model should gain minor visual tweaks, more interior features, and new optional packages.

This will likely be the final production year for the current generation, as we just indicated. Because of that, the new 2024 Toyota RAV4 should introduce mild upgrades. The 2022MY introduced new wheels, headlights, and more. In 2023, RAV4 gained a Woodland Edition model with roof rails, bronze wheels, and some other exterior upgrades. This leads us to the 2024 RAV4 model, which will arrive with new packages, new optional wheels, and minor visual changes.

This crossover SUV will keep its current mechanical components. The chassis and suspension configuration of this crossover will remain the same, being on the softer side. Still, the RAV4 model will continue to provide a distinctive appearance. It looks modern and some parts are sportier than the rest of the models in the segment.

The interior of the 2024 Toyota RAV4 is very modern and practical. The dashboard is very straightforward and the cabin wears lots of high-quality materials. Thanks to numerous trim levels, you can choose between a base model or those with more luxury. Toyota provides unique interior color schemes, a 7-inch infotainment touchscreen, Wi-Fi, and more.

Optionally, you can get an 8-inch display, along with a JBL sound system with eleven speakers. Furthermore, you can pay additionally for features such as a moonroof, wireless device charging, and ambient lighting. The interior is roomy enough for five occupants and we expect to see only minor interior updates.

Nothing will change under the hood, so the 2024 Toyota RAV4 comes with the same engine lineup as before. Luckily, this crossover SUV comes with numerous powertrain options. A 2.5-liter four-cylinder engine is standard, producing slightly above 200 horsepower. An eight-speed automatic transmission is standard once again. The fuel economy is rated at 27 mpg in the city and 35 mpg on the highway.

There is also a hybrid powertrain with a four-cylinder engine and a pair of electric motors. This output is capable of delivering 220 horsepower and it uses a CVT automatic transmission. In terms of fuel efficiency, 41 miles per gallon in the city sounds incredible. The range-topping RAV4 Prime is the most potent model. It is a plug-in hybrid variant with 302 horsepower and 42 miles of fully electric driving range.

In terms of price, the new 2024 Toyota RAV4 will start at around $27,500 or slightly above that. This crossover will hit the dealerships at some point in the second half of 2023.