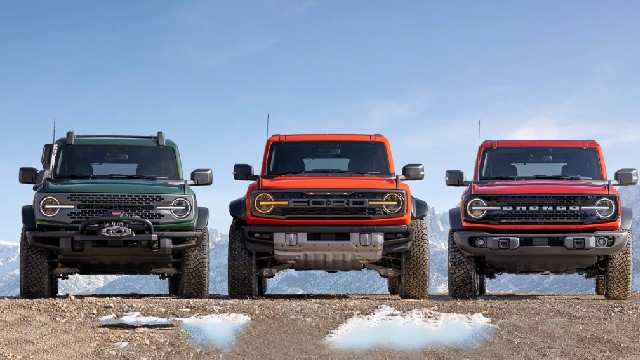 The 2024 Ford Bronco is ready for a mid-cycle facelift. It is a rugged, off-road-focused SUV that was introduced by Ford in the mid-1960s. It was originally produced until 1996, after which it was discontinued. However, Bronco is back since 2021 and it now hunts the famous Jeep Wrangler SUV.

The new Ford Bronco is available in both two-door and four-door body styles and is designed to be a highly capable off-road vehicle, with features such as high ground clearance, short overhangs, and a range of advanced 4×4 systems. With numerous engine options and trim levels, Bronco will remain a very popular option in the SUV segment.

The 2024 Ford Bronco will have the same engines as the outgoing model. So, the 2.3-liter turbo-four, which in this configuration produces about 300 horsepower and 325 lb-ft of torque, will still be the standard engine for the base versions. This engine is offered with a 7-speed manual transmission in addition to the 10-speed automatic. The average fuel efficiency is 21 mpg combined.

A 2.7-liter turbo V6 with a mid-range price tag produces 325 horsepower and a torque of 400 lb-ft. Only a 10-speed automatic transmission is available with this engine, which achieves about 20 mpg combined. The Bronco Raptor, which has a 3.0-liter V6 and a maximum output of more than 400 horsepower, is the most potent version you can get. 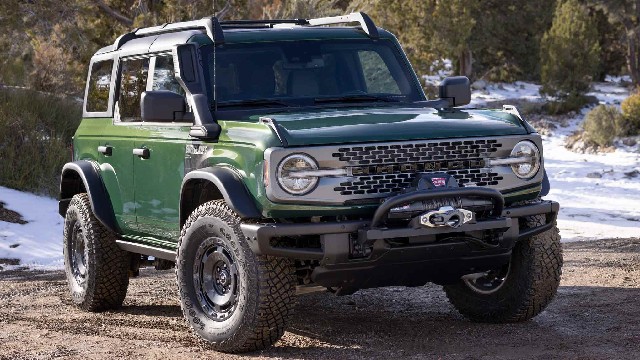 The mid-cycle facelift is on the way, so the 2024 Ford Bronco should obtain a couple of nice upgrades. Design language will remain, but the redesign is still years away. Updated styling will include mild changes on the front fascia. Thanks to that, expect to see a slightly wider grille with larger openings. On top of that, thinner headlamps are reportedly in the works.

Blue Oval manufacturer will deliver new appearance packages, new optional wheels, and new exterior colors. According to numerous reports, Ford also plans to upgrade the mechanics. With so many trim levels and packages, Bronco will remain one of the most customizable SUVs, no doubt about it. 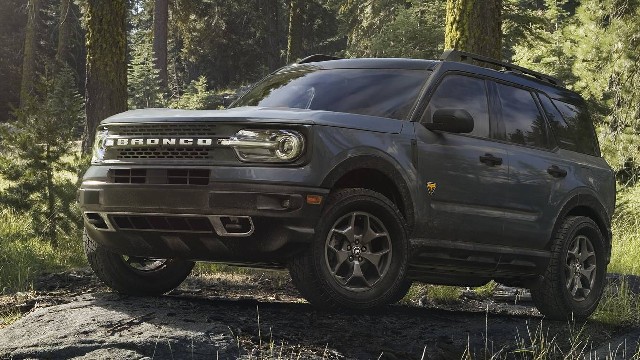 The interior of the new 2024 Ford Bronco will also see a couple of nice updates. For a start, the dash will gain a more upright look. Ford will offer more upscale materials for improved comfort, but the trim level lineup won’t change at all. We also expect to see more standard equipment and some new optional features. The comfort will be admirable, which is perfectly combined with the smooth ride quality.

You can still choose between two-door and four-door models. An eight-inch touchscreen is standard, while a 12-inch unit will be optional. Upper trim levels will continue to offer dual-zone automatic climate control, leather seats, a premium sound system, and other luxury amenities. In terms of technology, a new version of the infotainment is on the way, and also expect additional safety aids. 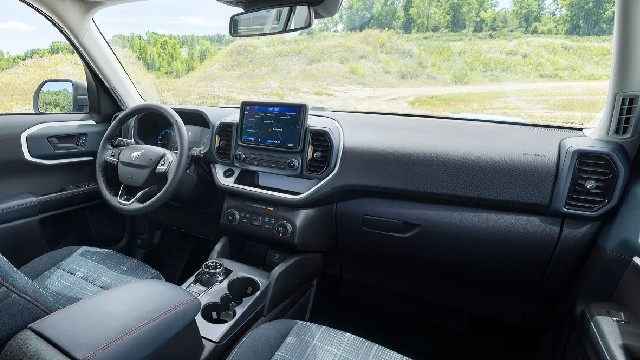 The price of the upcoming 2024 Ford Bronco will start at $33,000 and it will move up from there. Again, Jeep Wrangler will represent the strongest rival in the segment. The sales should begin next summer, so expect more official details in the following weeks.