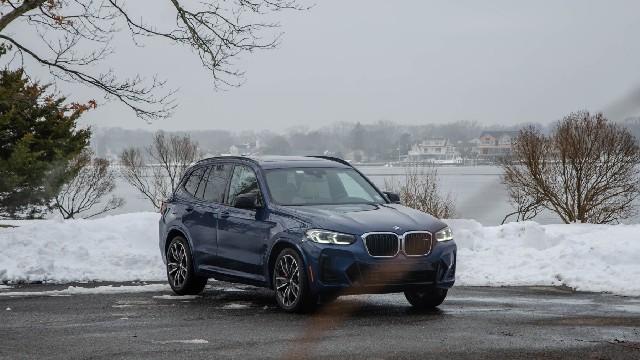 The next-gen 2024 BMW X3 is on the way. Moreover, this model has been spied on for the first time, a few days ago. The compact SUV will host lots of visual updates and some of them are significant. This may come as a surprise, as the facelifted version already came out this summer. We don’t know if BMW is using a new platform, which is just one of the rumors.

Most likely not, as the new architecture will serve as a support for the all-electric vehicles. Anyway, a redesign is on the way, and we also expect some dramatic upgrades on the inside. Without further ado, this is what we know about this model thus far.

A few days ago, the first spy photos of the 2024 BMW X3 appeared online. The main conclusion is that BMW will continue to use the same design language as before. The design is pretty recognizable here, even if it’s been camouflaged with fake panels. Looking at the front fascia, we can see that the grille will increase significantly, dropping lower into the fascia. However, it won’t drop as much as the 4 Series. The holes seen beneath the kidneys indicate where the grille should go, and while we’re at it, pay close attention to the fascia corners.

We also see what appear to be spherical openings, which might be for driving lamps situated above smaller corner vents. To the sides, the new-gen X3 looks somewhat longer. New body lines are visible, but we don’t know if the new model is actually longer than before. The rear section shows quad exhaust tips, which indicates we are dealing with the M40i variant.

Unfortunately, spy shots failed to provide interior details. Anyway, the 2024 BMW X3 will be the new-generation model, so dramatic cabin upgrades are on the way. Like any other BMW, this one is also packed with technology. We anticipate an all-electric version in the future. This model will gain a more futuristic look, especially on the inside. As for the conventional model, BMW will improve the level of comfort by introducing more upright materials.

There are currently 10.3-inch and 12.3-inch infotainment touchscreens. The carmaker could introduce an even larger unit for this next-gen model. Things like Android Auto, Apple CarPlay, Wi-Fi hotspots, and wireless smartphone chargers will come as standard. Lastly, this compact SUV will gain more driver-assistance systems for improved safety.

The upcoming 2024 BMW X3 comes with numerous powertrain options. Of course, we are waiting for the hybrid and all-electric variants. Logically, the next-gen model will offer at least one of these versions. As for the conventional model, a 2.0-liter four-cylinder engine is standard once again. This unit is capable of producing 248 hp and 258 lb-ft of torque. Optionally, there is a 3.0-liter inline-six engine with 382 horses and 369 lb-ft of torque.

The next engine is the same 3.0-liter variant, but with a turbocharger. Thanks to that, this version develops 473 horsepower and a torque of 457 lb-ft. Lastly, the X3 M high-performance model will produce 503 hp and 457 lb-ft of torque thanks to a twin-turbo engine.

The price of the new-generation 2024 BMW X3 will go up. This means the base model will from now on cost around $45,000, while the range-topping variants will cost over $73,000. The 2024MY will hit the dealerships next summer.