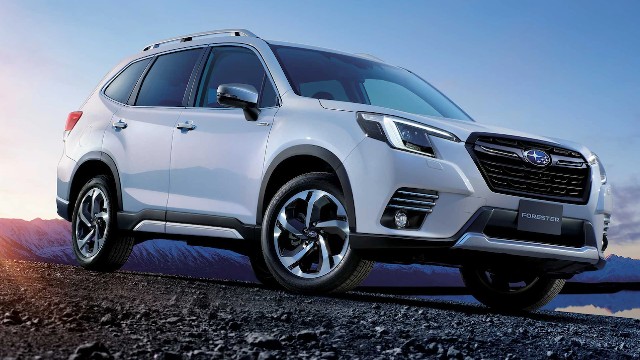 According to the newest reports, the 2023 Subaru Forester will receive some fascinating upgrades. As many of you are aware, the Forester SUV is one of the most adaptable SUVs in its segment. By 2023, it will receive a few stylistic modifications, a higher level of interior comfort, and additional safety aids. On top of that, the brand just released the Wilderness variant, which is said to have more athletic features.

Regrettably, as with the previous model, the new one will employ a conventional 2.5-liter flat-four engine, which may come as a disappointment. According to several rumors, the next Subaru Forester will be on sale in the second half of 2022.

The upcoming 2023 Subaru Forester is an SUV with a recognizable design. This model will now sit on the company’s New Global Platform, which results in significant improvements to ride quality and comfort. However, the 2023 model will receive a few aesthetic modifications, including minor front-end updates and a plethora of wheel options.

The Wilderness version, which is also available in the Outback SUV, was just revealed. This variant has several off-road enhancements, such as custom suspension, increased ground clearance, and a few distinctive cosmetic elements.

The new 2023 Subaru Forester is one of the class’s roomiest models, with two comfortable rows of seats and a capacity for five people. Regardless, the cargo compartment is one of the largest in the class, with 31.2 cubic feet behind the rear seats. This figure, however, may go up to 76.3 cubic feet when the seats are folded.

In terms of technology, the new Forester will have several new features. It should include a larger touchscreen infotainment system and possibly new interior color schemes. Standard features such as Android Auto, Apple CarPlay, and a four-speaker sound system will remain. As an option, we expect it will have dual-zone automatic temperature control, a panoramic sunroof, push-button start, and a nine-speaker Harman Kardon audio system.

The forthcoming 2023 Subaru Forester will deploy the same engine as the previous model. This implies we’ll see a 2.5-liter flat-four engine with 182 horsepower and 176 lb-ft of torque once more. If you’re unfamiliar, this output is available with a CVT transmission and comes standard with all-wheel drive.

On the other hand, what makes this SUV truly remarkable is its fuel efficiency. It achieves an EPA-estimated 26 mpg in the city and 33 mpg on the highway, which is far better than the majority of 2WD rivals. Some reports are predicting more power for the Forester SUV, but we think this is not going to happen anytime soon.

The next 2023 Subaru Forester will provide some upgrades, but nothing substantial in comparison to the current model. The Wilderness trim level is the most significant upgrade for sure. It is an off-road variant that adds new suspension, skid plates, and additional ground clearance.

Numerous sources indicate that the new Forester will be on the market in the final quarter of 2022. The basic model will cost $25,500, while the Wilderness model may start at $33,500.