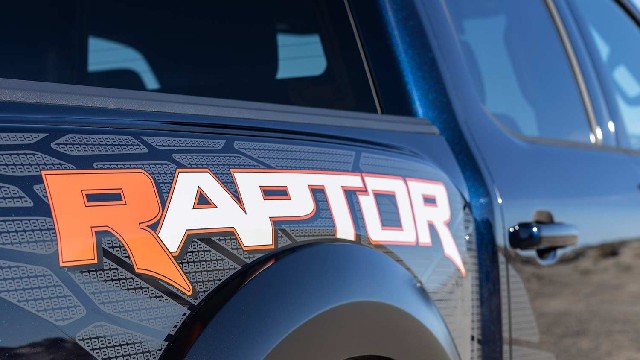 The iconic Bronco SUV is back. However, Ford has no plans to stop there. The upcoming 2023 Ford Bronco Raptor R is reportedly on the way as well. We already heard about the Raptor R variant of the F-150 truck. Even the mid-size Ranger could get the same version. After all, Bronco and Ranger will have so much in common.

Therefore, this high-performance model could join the Bronco lineup in the following months. With more power, it will be a supreme off-road model that should easily rival Jeep Wrangler Rubicon. On top of that, Bronco Raptor R will probably gain a more aggressive design, numerous mechanical upgrades, and a couple of unique elements.

The new 2023 Ford Bronco Raptor R will probably look more aggressive than the regular Bronco. That also includes more ground clearance and wilder character in general. Of course, the focus is on upgrades that will improve the vehicle’s off-road performance.

The interior of the Bronco SUV already looks upright and very modern. However, the 2023 Ford Bronco Raptor R will be special. Since it is the range-topping variant we expect to see more luxury. However, the accent will be on sportiness. This means the cabin will wear nice accents, contrast stitching, seats with better grip, a sportier steering wheel, and much more.

The primary improvement above the base model would be a new engine. However, no one actually knows which engine will be under the hood of the 2023 Ford Bronco Raptor R. Unlike the biggest rival Wrangler Rubicon, this model will have a smaller engine. On the other hand, borrowing a supercharged 5.2-liter V8 from the F-150 Raptor truck is not so likely.

Many experts are suggesting one engine option. It is a famous 5.0-liter V8 engine known as the Coyote. It is the same unit that powers the Mustang Mach 1 car. This gasoline V8 is capable of producing 480 horsepower and 420 lb-ft of torque. Moreover, it comes with a standard ten-speed automatic transmission.

The forthcoming 2023 Ford Bronco Raptor R won’t come cheap. Some experts believe the high-performance SUV will cost around $80,000. Of course, nothing is official yet.

We are hoping that the Blue Oval carmaker will reveal the first details in the coming weeks. Until that happens, everything is a prediction and nothing else. The sales will begin in the first quarter of 2023, per source.