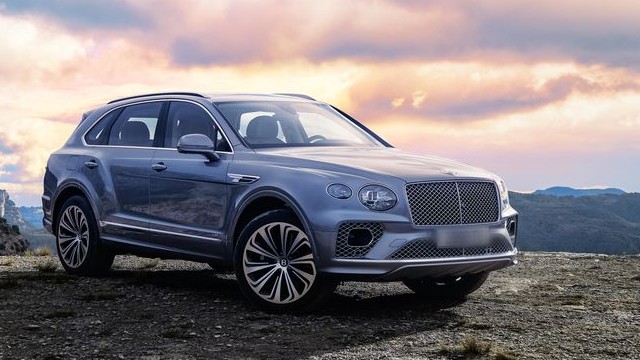 The forthcoming 2023 Bentley Bentayga is a premium SUV that competes with luxury European competitors. The Bentley will apparently make some adjustments for the next Bentayga, and we can expect even more appealing styling and a luxury cabin. The new model, like its outgoing model, is propelled by a potent V8 or W12 engine that delivers excellent performance.

The most interesting news is the addition of an incredibly-sporty S variant to the lineup. The S model, unlike the standard variant, will include a more aggressive design and will be powered by the same V8 engine.

The next 2023 Bentley Bentayga will retain its sporty appearance, but not as much as the S model. It retains a well-known styling, with the same rounded headlamps and unique grille. In any case, the S variant boasts sport-tuned suspension, larger 22-inch wheels, and a performance exhaust system, giving it a competitive advantage above the base V8 model.

According to Bentley, the new Bentayga SUV will also have a variety of wheel and tire options for 2023. Through the Mulliner customizing program, you can acquire carbon fiber rims as a stand-alone option. While competitors from BMW and Mercedes are more stylish, Bentayga is focused on sportiness.

The new 2023 Bentley Bentayga will continue to offer an opulent and comfortable interior. We also expect the seating layout to remain the same, with buyers able to select the third row as an option. Unlike some other rivals, rear passengers will have adequate legroom.

The cargo section of the Bentayga SUV is spacious, but the area will not be larger than before. The Bentayga comes standard with a 10.9-inch touchscreen, and Android Auto/Apple CarPlay features. You may, however, add an optional entertainment system with 10.2-inch displays placed to the front-seat headrests and a premium 20-speaker premium sound system.

According to Bentley, this SUV can sprint from 0 to 60 mph in 3.6 seconds. Bentley also boasts that the Bentayga Speed is the world’s fastest SUV, with a top speed of 190 mph. Regardless of the engine, the Bentayga has the same 8-speed automatic transmission and comes standard with an AWD system.

The upcoming 2023 Bentley Bentayga will reportedly hit the dealerships in the third quarter of 2022. The new model will provide an even more premium appearance with a more modern interior. The customers can choose between a standard V8 or an optional W12 engine.

According to the carmaker, Bentayga is the world’s most powerful SUV. It will compete with luxury models such as Rolls-Royce Cullinan and Lamborghini Urus. Bentayga model won’t come cheap, as the price will start at around $184,000.