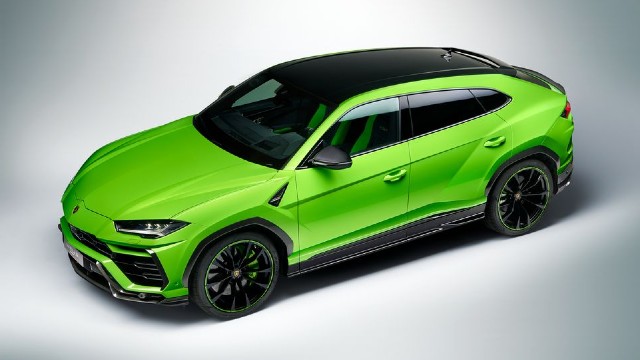 The next 2022 Lamborghini Urus will be a really interesting model for plenty of reasons. Lamborghini will now make more drastic modifications after three years of providing mid-cycle improvements. This includes the new Evo model as well as the high-performance Sport RS version. Urus, on the other hand, will have a hybrid engine option, which is the most significant upgrade in the last couple of years.

It is a plug-in hybrid variant with a gasoline engine and an electric motor. According to reports, performance will be excellent, as is to be expected from Lambo. The Sport RS model will not have a hybrid drivetrain, although hybrid models will be around 550 pounds heavier than gasoline-powered variants. New Urus will go on sale in the last quarter of 2021.

The upcoming 2022 Lamborghini Urus will include a plug-in hybrid engine. This version, codenamed “LK5”, will provide increased performance and fuel economy. However, it is unknown if Lamborghini will employ a six-cylinder or eight-cylinder engine. Without a doubt, the gasoline engine will function with a hybrid system. Urus now produces over 600 horsepower. The electric engine, on the other hand, will add 200 horses, bringing the total output to about 820 horsepower.

Surprisingly, the Urus with a plug-in hybrid powertrain will add a significant amount of weight. Reportedly, the new Urus will gain another 550 pounds, which is a lot. Total weight estimates 5,350 pounds. Still, a hybrid powertrain will improve SUV’s fuel efficiency. Lambo is yet to reveal more details regarding the hybrid setup and its specs.

Clearly, the company intends to improve its well-known SUV, and the new sportier variant makes perfect sense. We’re talking about the 2022 Lamborghini Urus Sport RS model. This version will have greater power than the standard Urus.

The 2022 Lamborghini Urus will receive minor changes, so don’t expect a makeover or anything like that. The appearance is as eye-catching as it has always been, and this SUV appears to be quite athletic. The Urus has thinner LED headlights and taillights, as well as quad exhaust tips and a bigger rear diffuser. The hybrid Urus should not depart from the standard Urus and its recognizable exterior design. The ST-X model, on the other hand, may have more modifications and will appear significantly different.

Minor changes are expected to be made to the interior of the new Urus. The cabin design remains sporty and modern, and Urus offers true luxury on the inside. However, the cabin design and arrangement will remain the same. The only updates include a new infotainment system and new driver-assistance features.

The forthcoming 2022 Lamborghini Urus will go on sale in the last quarter of 2021, with a mid-cycle makeover. As a result, the price will not begin significantly higher, if at all. In any case, this SUV will set you back around $220,000, and the PHEV model will cost even more than that.