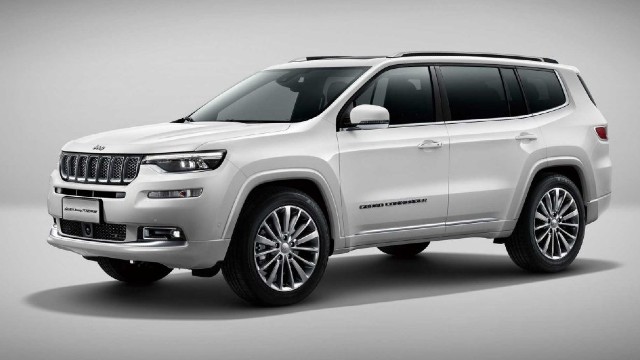 The upcoming 2022 Jeep Commander is confirmed. Can you remember the original Jeep Commander? It was a short-lived Jeep with plenty of seats and an extended boxy shape. But now, the 2022 Jeep Commander is back, and it’s nothing like the previous model. The new one looks closer to Jeep Compass, but Commander will provide more cabin space. However, the new Commander SUV will be firstly released in the Latin American market.

We’re not sure if this seven-seater variant will be available in the United States, but we hope so. In addition, China will receive a finer version called the Grand Commander. Because the new Commander will be built on the Jeep Compass chassis, the third row might be somewhat limited. As for the United States, Grand Cherokee L will be on offer.

The 2022 Jeep Commander will most likely deploy technologies comparable to the Jeep Grand Cherokee L. It might include a 10.1-inch Uconnect 5 infotainment system and a 10-inch digital cluster display. It will support Apple CarPlay and Android Auto as well. Although this is pure speculation, luxury and convenience amenities such as heated and ventilated seats, a power liftgate, and automated folding seats in the third row should be on offer. Jeep will also add numerous driver-assistance aids.

That includes systems such as blind-spot warning, traffic sign recognition, and highway assist. We’ll keep an eye out for development on the new Jeep Commander. If it becomes popular in South America, it may make its way to the United States. A smaller version of the Jeep Grand Cherokee L would most certainly be less expensive, but the third-row seats would only be suitable for children.

Previous Commander was a midsize SUV with a boxy shape and standard rear-wheel-drive setup. This model was available in the United States from 2005 to 2010. Many fans will remember a model which debuted in 2018 alongside a seven-seat Grand Commander variant in China. The new crossover teased here is said to be based on the Compass, but with a third row added after lengthening the wheelbase. This means the Commander comes with a longer wheelbase and more space than the Compass.

On the other hand, Commander will look unique. Still, some exterior parts will be recognizable and not so revolutionary. The new Commander, which rides on FCA’s Small Wide platform that also underpins the Renegade, appears to have a boxier design than the Compass variant. Remember, this model is primarily made for Latina America. Because of that, we believe the all-new Commander will depart from its Chinese sibling.

According to the latest reports, a hybrid powertrain will be on offer. The 2022 Jeep Commander and Grand Commander PHEV will deploy the same 2.0-liter turbo-four engine that Jeep calls the Hurricane in the Wrangler.

In comparison, the Compass is using a 2.4-liter Tigershark in the US, Moreover, a 1.3-liter turbo four-cylinder in Europe, and a pair of MultiJet II four-cylinder outputs. Still, we can’t predict which engine will power the new Commander in South America.

The forthcoming 2022 Jeep Commander for Latin America will go on sale in the near future. Jeep also plans to add another SUV for the South American markets. According to the latest rumors, North America might get an extended-wheelbase Grand Wagoneer as early as next year. The prices of the Commander and its hybrid variant are not available at the moment.