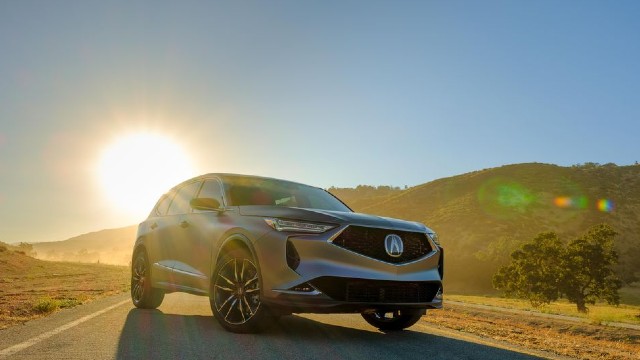 The upcoming 2022 Acura MDX is getting significant changes and upgrades. This mid-size three-row SUV will arrive with an exterior redesign. It is Acura’s new design language but the MDX model will also introduce new mechanics, including the suspension. The interior already looked amazing. However, Acura will improve the cabin as well.

Whatsoever, a new 12.3-inch infotainment system is in the offer for the first time. Under the hood, we don’t expect to see major changes, but high-performance Type S MDX will become available for sure. This is the fourth-gen MDX SUV and it will go on sale next summer.

As with the current model, the new version will use the same 3.5-liter V6. However, the exact figures for the 2022 Acura MDX are not available yet. According to Acura, the output will probably remain. That means this engine will generate 290 hp and 267 lb-ft of torque. An automatic transmission is available and Acura upgraded it to a 10-speed. Unfortunately, the Sport Hybrid model is not available anymore. On the other hand, Acura will introduce a high-performance Type S variant.

This model will get a 3.0-liter turbocharged V6 engine and it will produce 355 horsepower. Moreover, the powerful V6 comes with 354 lb-ft of torque, and Acura’s SH-AWD system is offered as standard. As we said, MDX SUV will get a couple of upgrades under the skid. That includes a more rigid chassis and a new double-wishbone suspension. Thanks to that, this SUV will arrive with better dynamics and improved handling.

The interior of the current MDX is more than satisfactory. However, the 2022 Acura MDX is the next-gen model so further improvements are more than welcomed. According to Acura, this model will get more legroom in all three rows, but the headroom is slightly decreased in the second row. The reason for that is the standard panoramic sunroof.

The MDX model will also gain more luxury, including high-quality materials, additional wood trims, and new stainless steel speaker covers. As for the tech, the brand-new 12.3-inch central display is perhaps the highlight of this interior.

MDX SUV Gets a Redesign

The approaching 2022 Acura MDX will remain a mid-size three-row SUV. However, this model will get small dimensional changes. More precisely, the new MDX is slightly longer. Moreover, Acura will introduce a complete redesign.

Thanks to that, the exterior now looks sleeker and it is the all-new design language. We expect to see a new look of the front fascia, new exterior features, and more standard equipment. While we don’t have official info, MDX SUV will get new wheels and new exterior colors.

The next-generation 2022 Acura MDX will now cost around $45,000. We are talking about its base trim level, while the upper trims will cost over $55,000. As for the launch date, the first reports suggested Spring 2021. However, this mid-size SUV will most likely arrive next summer instead. Acura is yet to release all the info, but we don’t expect more surprises.