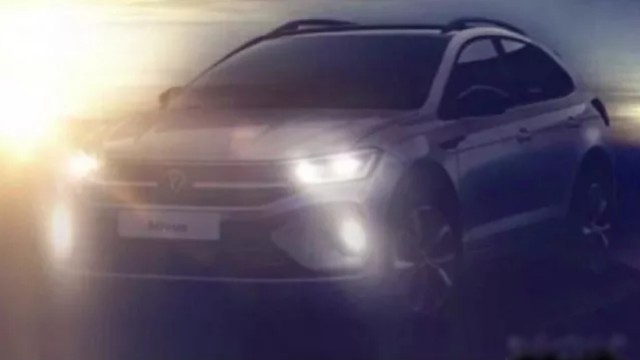 The latest subcompact crossover is the brand-new 2021 VW Nivus. It will debut next week and it will be sold in South America, for a start. It is a coupe-crossover to be more precise and it wears Volkswagen’s new logo. The rest of the markets will have an opportunity to buy new Nivus later this year. Whatsoever, European debut has been scheduled for 2021.

The German manufacturer is working on the growth of its SUV portfolio and we already wrote about its arriving models. The 2021 Nivus won’t depart from the company’s current design language. Its styling is similar to the T-Cross model but it comes with extended cargo space. Overall, this model looks sleek and the latest interior details are impressive.

The upcoming 2021 VW Nivus is based on the Polo model. Whatsoever, two models will feature the same dimensions. So far, blurry teaser images are the only source of details. New Nivus will look similar to the T-Cross model and the styling is basically the same. The very same styling can be seen on the India-spec Taigun SUV. To be even more precise, Nivus looks like any other company’s SUV.

It wears a recognizable Volkswagen’s design language. Don’t expect anything innovative and unique. On the other hand, raked C-pillar provides a coupe-like appearance. The crossover’s stance is amazing, thanks to the chunky alloy wheels, roof rails, and new body-cladding. Volkswagen calls Nivus a “New Urban Coupe” and for a good reason.

The interior is also borrowed from the T-Cross model. Thanks to that, a new 2021 VW Nivus will arrive with a similar design and features. The company’s new VW Play infotainment system is available. The same system recently made its debut with ID3 and Golf models. Now, the short teaser video is showing the same infotainment. Moreover, the steering wheel is also familiar.

Volkswagen highlighted a couple of more amenities in this video. That includes electric trunk opener, start-stop system, and park assist. While it is not official, a fully digital instrument cluster on the range-topping trim levels is very certain.

So far, all we know is Brazil-spec Nivus and its engine option. It is a 1.0-liter TSI gasoline unit. New 2021 VW Nivus will produce 114 hp with a six-speed manual transmission. On the other hand, models equipped with a six-speed automatic gearbox will produce 126 horsepower. Of course, this only refers to the model in Brazil.

Nivus will arrive in different markets so expect more power. Volkswagen is offering a 4Motion AWD system as an option. A diesel engine is not on the cards, which is strange given the fact that the MQB platform underpins new Nivus crossover. Maybe the German manufacturer plans to offer diesel, but not at this moment.

As for the price, that is still a mystery. However, we know the 2021 VW Nivus will arrive in Brazil later this year. Moreover, European debut has been scheduled for the next year. Most likely, it will happen in the first quarter of 2021. It is still unknown whether new Nivus will arrive in the United States.