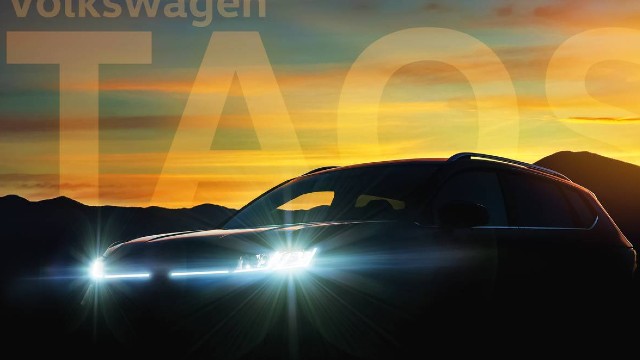 The brand-new 2021 Volkswagen Taos is an affordable crossover that will go on sale by the end of the year. It is a subcompact model, smaller than the compact Tiguan. Thanks to that, the new Taos will compete against the new Hyundai Venue and Chevy Trailblazer. It will be a race for the most efficient crossover. As for the Taos, it will offer an AWD system, plenty of driver-assistance, and much more.

Furthermore, Taos crossover will look very attractive and modern. Volkswagen will sell its new model in the United States. The “Taos” name is interesting, as it is a small town in New Mexico, known for a 1,000-year old Native American community. Here’s everything you need to know about Volkswagen’s newest model.

While most of the details are not available, we know a couple of things about the new 2021 Volkswagen Taos. For a start, it is a subcompact crossover, smaller than the Tiguan model. Taos and Tiguan will share a lot of mechanical equipment and some of the styling cues. Interestingly, the first reports wrote about new Taos as the American version of the T-Roc model.

Instead, Taos will be more like a version of Tharu crossover that is available in China. Of course, Taos will get a reworked design, including a long LED running light, and connects the grille and the headlights. The Chinese-market Tharu is 175.3 inches long and Taos will get similar dimensions. Thanks to that, Audi Q3 is the closest competitor in terms of size.

Based on the Tharu model, the 2021 Volkswagen Taos will look very modern and upright. The interior of the American version won’t depart from Volkswagen’s usual cabin design. That means we should expect a lot of high-quality materials. Still, Taos crossover is behind more established rivals such as Audi Q3 in terms of luxury. There will be two rows of seats and a room for five passengers. Taos will offer a long list of standard features.

On the other hand, ambient lighting, a fully digital gauge cluster, and heated front seats will be optional. As for the tech, the German automaker will deliver a slick-looking infotainment touchscreen with the Car-Net interface. The same touchscreen is already available in the brand’s newest models. Thanks to that, Apple CarPlay, Android Auto, and Wi-Fi hotspot should be offered as standard.

While VW didn’t specify which engine will power the brand’s crossover, one engine will surely find its place under the hood. The 2021 Volkswagen Taos will use a 2.0-liter turbo-four unit with 184 horsepower. The same engine powers the larger Tiguan model. Another likely option is a 1.4-liter with 147 hp, currently available in VW Jetta.

Volkswagen will offer a standard front-wheel-drive and an eight-speed automatic transmission. The AWD setup will be optional. Fuel economy ratings are not available at the moment. However, Taos, as a subcompact crossover should deliver impressive fuel efficiency.

The price of the 2021 Volkswagen Taos will in the low $20,000 range. For an instance, the Tharu crossover starts at $22,000. From what we know, Taos will be available in S, SE, SEL, and R-Line trim levels. The German manufacturer will launch its new subcompact crossover by the end of 2020.