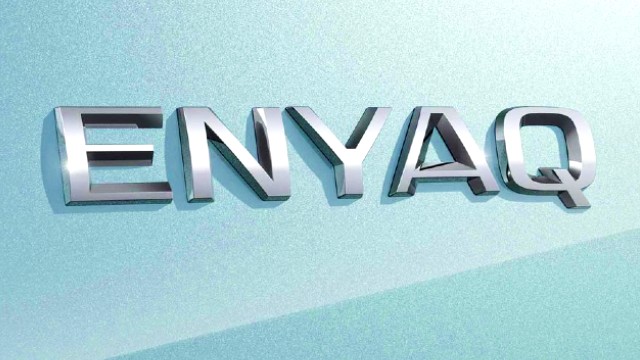 Skoda’s newest electric model finally gets an official name. It is a 2021 Skoda Enyaq, an electric SUV based on the Volkswagen’s MEB platform. This model will look very attractive, and it will deliver a range of over 300 miles. The name “Enya” means “source of life,” and “Q” is a regular letter in Skoda’s lineup (Karoq, Kodiaq, Kamiq).

Basically, Enyaq SUV is the production version of the Skoda’s Vision iV concept. This concept was revealed last year, and it caught a lot of attention. The new model will go on sale at some point in 2021, and Skoda promised great performances and driving range. Moreover, the manufacturer plans to introduce at least ten all-electric models under the iV sub-brand before 2023.

New 2021 Skoda Enyaq will ride on the Volkswagen’s MEB platform. This architecture was introduced last year on the ID.3 compact hatchback. MEB is similar to the MQB platform. However, MQB is for vehicles with combustion engines. On the other hand, MEB will underpin a variety of arriving models. Unfortunately, Skoda didn’t provide many details about the design of Enyaq SUV. From what we know, it will be based on the Vision iV concept. That includes a sleek appearance with the coupe-like roofline and suicide doors.

Moreover, the concept arrived with 22-inch wheels. In reality, Enyaq won’t use all of the concept’s cues and features. According to the latest information, Enyaq will arrive with the same dimensions as the Kodiaq model. That means the Enyaq model will be around 183 inches long. Lastly, you could expect a traditional slatted grille and the new shape of the headlights.

Interior Will Be Similar to the Concept

Skoda’s new coupe-like SUV will feature a very modern interior design. The upcoming 2021 Skoda Enyaq will surely borrow a lot of cues from the original concept. For a start, that includes a multi-level dashboard design and a larger free-standing touchscreen. On the other hand, the cabin will be very minimalistic with fewer buttons and controls.

The absence of gearbox makes more room for storage space so you can expect more features. One such feature will be a wireless charging pad that accommodates two phones at the same time. Skoda will release more interior details closer to the launch date.

In concept form, this SUV makes 306 horsepower, and it offers a 310-mile of driving range. Moreover, the concept uses a four-wheel-drive setup. The 2021 Skoda Enyaq should deliver similar figures. As for the charging, Enyaq SUV will take around half an hour to charge up to 80%.

Of course, these numbers are the ones from the concept, but Skoda promised great performances and driving range. We are yet to find out torque figures, driving modes, and similar stuff.

Last year, the Vision iV concept arrived in SUV and coupe variants. For now, the 2021 Skoda Enyaq is confirmed only in SUV form. It will arrive at some point during 2021, most likely in the first quarter of the year.

The price is not official, but entry-level models will cost between $35,000 and $40,000. If you are looking for a good-looking all-electric SUV, maybe you should wait for a new Enyaq model.