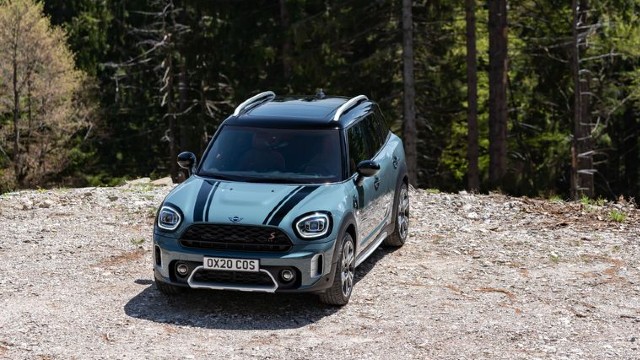 The upcoming 2021 Mini Countryman is one of the most adorable SUVs you can get. For 2021, this model will introduce changes on the front fascia. Moreover, an improved infotainment system is available. As for the performance, Countryman will also gain some improvements.

Overall, Mini will upgrade tech features, tweak Countryman’s look and provide slightly more power. Nothing will change between trim levels, and the sales will start this summer. Here’s everything you need to know about all-new Mini Countryman.

New 2021 Mini Countryman is a recognizable SUV. Once you see it, you just know what it is. Brand’s name clearly suggests small proportions and Countryman is only one of the compact models in the company’s lineup. The 2021 model will keep its size, but it will now look more angular, and it will wear new styling cues. It is a second-gen model that has arrived with a restrained yet clear design. Still, it was a notable facelift, both in terms of design and tech.

Now, Countryman will wear cleaner front fascia. Mini added more purist appearance with new LED headlights. The front grille is sharper than before, and we like it. The rear end gets the new shape of the taillights. These taillights are finished in the form of a half Union Jack, which is a symbol of British national pride.

Some things on the inside will be new as well. The 2021 Mini Countryman will feature a new steering wheel. This is just a start as this small SUV will get new interior colors and new trim options. Thanks to that, the customers will have an even wider choice of styles and high-tech amenities. Mini will return the blue interior, which is another great news for the potential buyers.

The digital instrument cluster will gain a new appearance, and Mini will offer a larger central infotainment screen. This unit will use the latest Mini Connected system. On the other hand, Countryman still offers a small 5-inch display which is not acceptable for 2021.

For 2021, Mini will upgrade the turbocharging system. Moreover, all engines will get the same sort of upgrade. Thanks to that, a new 2021 Mini Countryman will produce more power. The standard 1.5-liter inline-three turbo engine produces 134 horses. On the other hand, optional 2.0-liter inline-four is good for 189 hp. All-wheel-drive setup is optional on all models except John Cooper Works. This version will continue to generate 301 horsepower.

Still, the most sophisticated variant is the Countryman SE All4 with its hybrid powertrain. The three-banger engine, in combination with an electric motor, returns 224 horsepower. The plug-in hybrid variant comes with a six-speed transmission while other models are offering an eight-speed automatic transmission.

The manufacturer already announced that the 2021 Mini Countryman would arrive in the United States this summer. Thanks to the latest updates, the price will jump, but not significantly. Current model costs $29,000.

The S version starts at $33,000 and John Cooper Works at $42,500. Overall, new 2021 Countryman will provide mid-cycle refreshments and who knows, maybe Mini decides to give a surprise or two.