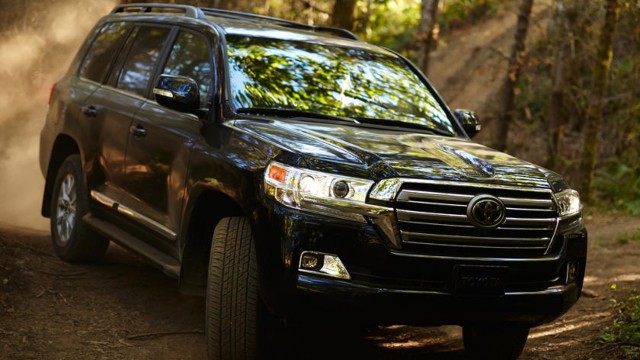 The very first details about the 2021 Lexus LX has emerged. The arriving LX SUV will be the next-gen model. According to numerous reports, the current 2020 LX won’t suffer a lot of changes because of introduction of the new-gen LX. On top of that, new model will get a new name as well. The LX570 nameplate is basically the past, and Lexus will provide the LX600 name.

Interestingly, a new engine is the subject of recent rumors. As you know, the LX570 used a 5.7-liter V8 engine. Now the same stories are suggesting a 6.0-liter V8 for a new LX600. However, that will not happen for a variety of reasons. Instead, we can expect for the new-gen model to use a twin-turbo V6.

So far, we have seen only a glimpse of a new 2021 Lexus LX. Originally, recent changes were spotted in the Japanese magazine called “Mag-X”. Of course, it will be tricky to predict a complete design of the arriving SUV. In the same magazine, redesign starts with a rear fascia and stretching taillights. The taillights are stretching across the entire width of the LX’s body.

Dual exhausts are looking very prominent and sportier than on the current model. Unfortunately, a couple of readers spotted features that are literally the same as on the cheaper Mitsubishi Outlander. We just hope that the new LX will look fascinating once it arrives.

If you like the old school engines, roomy interior, and impressive performances, then the 2021 Lexus LX is the model for you. At the moment, Lexus LX570 is on the roads with its 5.7-liter V8. This engine generates 383 hp and 402 lb-ft of torque. The current generation is present for a decade, and Japanese manufacturer feels the time for a change has come. New-generation LX will get a new name.

As you may know, Lexus likes to name its vehicles after its engine (LX570 – 5.7-liter). Thanks to that, newest rumors about new 6.0-liter on the LX600 have started. But that will not happen for numerous reasons. Instead, Lexus will go with a new twin-turbo V6. The manufacturer mentioned a couple of times in the past that the company is working on this engine.

The all-new 2021 Lexus LX will borrow the LS sedan’s twin-turbo V6 engine. On top of that, a new-gen vehicle will be built on a new truck architecture. Instead of 383 hp, new model will generate 416 horsepower. Moreover, torque is rated at 442 lb-ft instead of 402 lb-ft of torque. The smaller output will also provide better fuel economy figures.

Of course, this V6 won’t be the only engine option. On the other hand, the lack of the “h” at the end of the LX600 is concerning. However, this could change in the coming weeks, and we could see a hybrid version as well.

Usually, Lexus releases its model in September. However, the 2021 Lexus LX could be an exception as the next-generation model. On top of that, rivals such as Infiniti QX80 and Land Rover Discovery are almost here.

The price of the current model starts at $86,500. You can expect a small jump in terms of costs in 2021. It should be worth it, given the number of changes and more power been added.