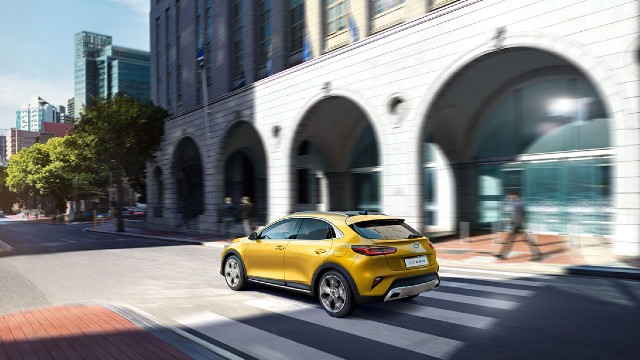 The upcoming 2021 Kia XCeed is entering its second year of production. Based on the Ceed hatchback, XCeed is a modern crossover that is available in Europe for now. This crossover slots below Sportage SUV and above Stonic model. Kia will offer all trim levels with a standard FWD configuration. Interestingly, the AWD setup won’t be offered at all. For 2021, XCeed model will be a carryover.

As we said, it is the second year of its production, so we can expect only updates in terms of technology. Logically, the design is similar to the Ceed hatchback, but XCeed wears more muscles, and it looks more rugged. The interior is very modern and roomy. As for the performance, the arriving crossover will offer multiple engine options, and a mild hybrid variant could become available in 2021.

The South Korean manufacturer calls it an “urban crossover.” The 2021 Kia XCeed looks like a crossover, but we think it is far from urban. Whatsoever, this model is brand-new, and it comes with a modern appearance. While it is based on the Ceed hatchback, the XCeed looks more rugged, and it wears more muscles. Besides that, there are no real differences between the two models. Of course, XCeed comes with larger dimensions.

Whatsoever, the crossover is 173.0 inches long, which is 3.3 inches longer than the hatchback. On top of that, XCeed is 71.8 inches wide and 58.6 inches tall. The customers can choose between standard 16-inch wheels or optional 17-inch and 18-inch rims. As you can see it in the photos, XCeed crossover offers a popular Quantum Yellow exterior paint. The front fascia wears sleeker headlights and a recognizable tiger-nose grille. The rear part comes with a rakish tailgate and modern taillights.

Again, the all-new 2021 Kia XCeed looks almost the same as the Ceed hatchback. The interior is very similar, but the crossover variant offers more room thanks to larger dimensions. While the XCeed is a small crossover, it offers a surprisingly spacious cabin. The legroom is ample, even behind the front seats.

As for the interior features, XCeed won’t offer anything new for 2021. Well, the infotainment system will get an update, if that counts. The cabin noise is minimal, and the seats are providing a high level of comfort. Thanks to that, ride quality is superb and pleasant. Kia offers a two-step cargo floor and a power-operated tailgate. A fully digital instrument cluster is available, and it adds a 12.3-inch display.

Under the hood, things will remain intact as well. The 2021 Kia XCeed will offer various engine options, which is great. A 1.0-liter engine is offered as standard, and it delivers 120 hp and 172 lb-ft of torque. The optional 1.4-liter turbocharged engine is capable of producing 204 horsepower and 195 lb-ft of twisting power. Kia will also deliver a diesel powertrain.

It is a 1.6-liter that cranks out 116 horses and 207 lb-ft of torque. Additionally, the diesel engine produces 220 lb-ft of torque with optional automatic transmission. All XCeed models are using a standard 6-speed manual gearbox. We strongly recommend an optional dual-clutch transmission. Lastly, XCeed Hybrid is reportedly in the works. We don’t know if the hybrid model will become available in 2021.

The price of the new 2021 Kia XCeed will start at around $20,000. The 2020 model was made exclusively for Europe. However, the 2021 model could arrive in India and some other countries in Asia. The South Korean manufacturer will launch a new model by the end of 2020. However, we are waiting for Kia to release details about the rumored hybrid model.