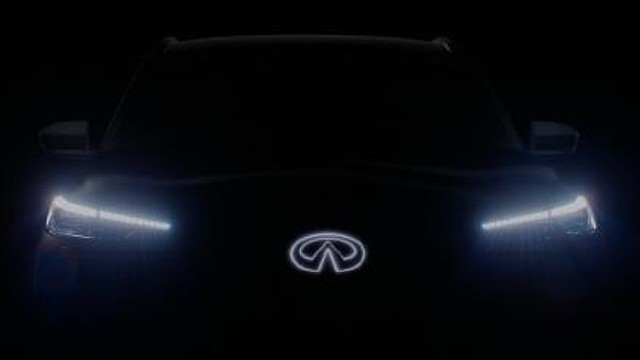 The 2021 Infiniti QX60 will be unveiled by the end of September. This luxury three-row crossover will arrive with a redesign, but everyone is waiting to see the concept on September 24. So far, we’ve seen a teaser image of a concept, called the QX60 Monograph. New QX60 is the next-gen model so we can expect a lot of significant upgrades.

The sales should begin in late 2020, or early 2021 and QX60 will surely cost more than its predecessor. While some details are familiar, we are still waiting for Infiniti to unveil the concept and provide more specific information.

The teaser photo of the 2021 Infiniti QX60 is available, and it provides a couple of interesting things. The arriving crossover will get a redesign, and it will definitely look better than the outgoing model. Teaser image instantly shows a departure from the current QX60 crossover. The new model will gain LED accent lights that runs across the top of the headlamps.

The headlights are narrow and horizontal, which looks very modern in our opinion. We also like an illuminated Infiniti logo on the front fascia. The taillights are finished in a slimmer design, while the headlights will get the washer system, which sounds interesting. Overall, the design looks bolder, and a two-tone roof design will be offered as well.

Current QX60 crossover shows some aging stuff inside the cabin. However, the next-gen 2021 Infiniti QX60 will get significant interior changes. So far, we know the dashboard will be dominated by a large touchscreen, probably by a 12-inch unit. Moreover, another large display will be in the offer.

Thanks to that, Infiniti will get rid of conventional buttons and controls. Most of the functions will be operated via the infotainment system, which is a great thing. The three-row seating layout will remain, but we should expect new upholstery, more luxury and more tech.

Possible powertrain options are still the biggest mystery about new 2021 Infiniti QX60. Some reports are strongly suggesting some sort of electrification. The same stories are predicting for Infiniti to drop the continuously variable transmission in favor of a traditional automatic gearbox.

The current QX60 is available with a 3.5-liter V6 engine that generates 295 hp and 270 lb-ft of torque. The 2020 QX60 crossover offers a standard front-wheel-drive and optional all-wheel-drive systems. The manufacturer will release more details in the coming weeks.

The forthcoming 2021 Infiniti QX60 Monograph will become available on September 24. While it isn’t a full production variant, it will be a near-production model. Infiniti says it is a “vision” of how it will transform the concept into the next-gen QX60.

However, Infiniti didn’t use the term “concept” so we expect a new model that won’t largely depart from the original concept. The teaser image shows a full-size side mirrors, which is good because the concepts are usually showing tiny mirrors. However, we are still waiting for Infiniti to release full details.