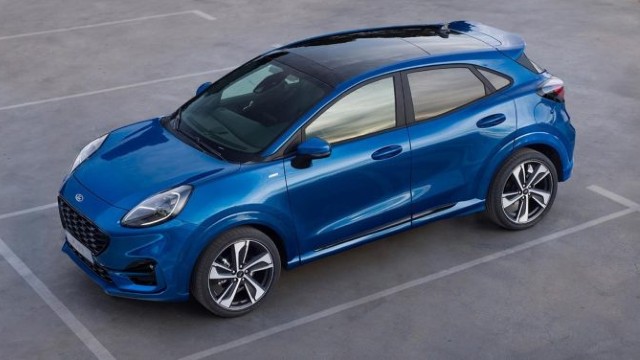 According to the latest reports, a new 2021 Ford Puma won’t come to the United States. It is bad news after we had an opportunity to see such a cool crossover. Unfortunately, Puma will go on sale everywhere but in the U.S. Moreover, Puma won’t even reach Canada and Mexico. That means the Ford EcoSport will remain the only Ford’s subcompact crossover on the continent.

This is a bad thing because EcoSport looks old and it doesn’t have so much to offer. Puma will be mainly sold in Europe but you should also expect its arrival on some other continents as well. Moreover, Ford will launch the ST variant as well, but this model will also avoid dealerships in the United States.

It is a bitter pill to swallow. However, we all knew that the Puma’s arrival in the U.S. is unlikely from the first moment. Since the first information about 2021 Ford Puma, all of the reports were writing about its launch in Europe.  As we said, EcoSport will remain the only Ford’s subcompact crossover in North America. This is bad because the fans were hoping to see something new in the offer. EcoSport is somehow the eight best-selling subcompact model out of seventeen competitors.

However, EcoSport is present for nine years now and it doesn’t have so much to offer. Whatsoever, EcoSport will celebrate its tenth birthday and it is one of the older nameplates in the segment. If you are a hardcore Ford fan and you want to buy a subcompact crossover, the situation is far from ideal. Puma was the only hope for the years that are ahead of us. Overall, Puma could represent a more premium alternative for EcoSport or it could replace it. However, nothing will happen.

Ford will add another high-performance version into its lineup. The forthcoming 2021 Ford Puma ST will go on sale next year and it will represent a sportier version of the subcompact crossover. Like Edge ST and Explorer ST, Puma ST will be something new and it will depart from these two models. Like regular Puma, Puma ST is made for Europe and it will look hot. Blue Oval will add different types of enhancements.

That includes a sportier look, oversized air intakes, and unique wheels. Moreover, the ride is lower and stiffer suspension will become available. The interior will offer famous Recaro seats, like the Ford Fiesta ST. Under the hood, Puma ST will use a 1.5-liter EcoBoost three-cylinder engine. This variant provides 200 hp and 215 lb-ft of torque and Ford could also offer it with a manual transmission.

Hopefully, Ford will introduce the next-gen Puma in the U.S. in a five-year time. Until then, the 2021 Ford Puma will begin its journey in Europe and it will go on sale in the first quarter of 2021. The price of the regular Puma should start at around $30,000. As for the ST variant, expect it to cost closer to $40,000. Puma ST will rival models such as Nissan Juke Nismo and Volkswagen T Roc DSG.